Whether you are a first-time fishkeeper or an experienced fishkeeper, if you are looking for a quiet and easy to maintain fish, Bettas are always the best choice.

But within the Betta family, what kind of species should you choose? If exotic is what you want, the Betta mahachaiensis is one you should not miss out on.

I’ve considered getting a pair of Betta mahachaiensis many times. This fish species is so beautiful and wonderful that sometimes I wonder why I haven’t gotten them yet.

I have gathered information and guidelines on keeping the Betta mahachaiensis, which I hope will help you provide the best for them.

Betta mahachaiensis is a wild species of bubblenesting fighting fish which falls under the Betta Splendens group. Biologists discovered this species in 2012 and are known to be among the most recent and newest additions to the Betta kingdom.

Due to possible hybridisation with the Betta splendens, imbellis, and smaragdina, you might find different colourations of the Betta mahachai.

Where can we find Betta Mahachaiensis?

The Betta mahachaiensis can be currently found only in Thailand and naturally appear near the Gulf of Thailand. 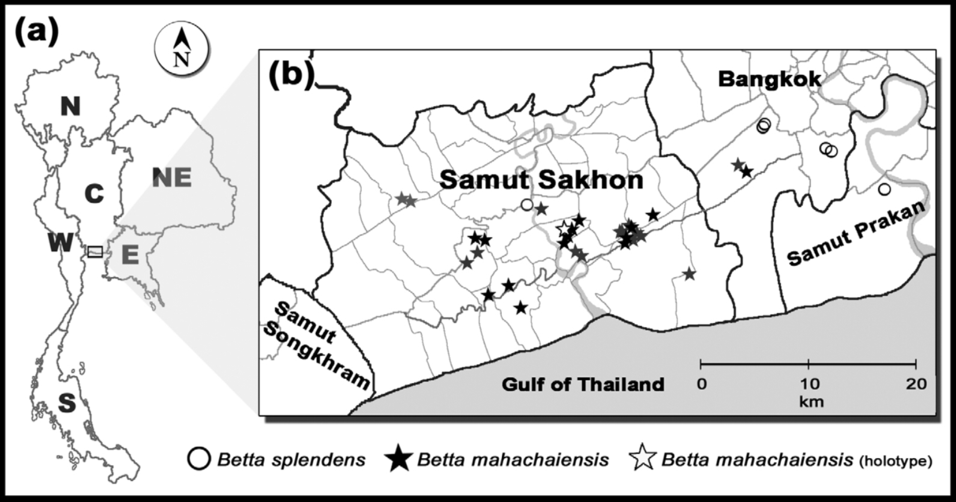 Betta mahachaiensis from different areas may exhibit slight biological differences like – shape of caudal-fin varies from round to oval. Such fishes should not be cross-breed in an aquarium. 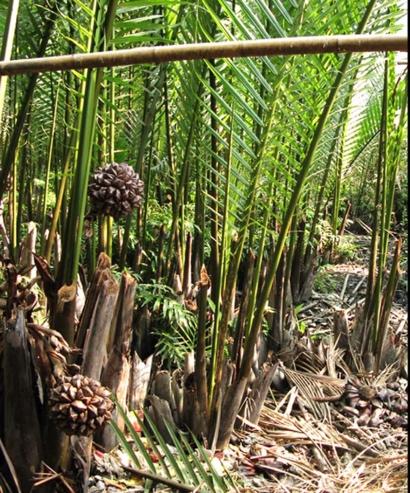 You will usually find Betta mahachaiensis in nipa palm swamps under the plant’s water-filled cavity, which is ideally used by pairs during nest building, courting and hatching.

Some were reported to be collected from freshwater habitats as well.

How to take care of Betta Mahachaiensis?

Not all Bettas need to prefer to stay in freshwater. The Betta mahachai do best when kept in slightly harder, brackish conditions and adapt well in shady tanks with lots of surface cover like floating plants or long stems.

Betta mahachaiensis are usually lone wolves, so an aquarium dedicated to just 1 fish is recommended.

Asian keepers and breeders have successfully kept the Betta mahachai in a 30cm (1ft) tank, which is more than enough for 1 fish.

If you’re planning to keep more than 1 in an aquarium, a fish tank around 45x30cm (1.5ft x 1ft) is the minimum for a pair. Of course, if you can get a bigger aquarium, it’s always recommended.

You can decorate your aquarium by adding leaf litter like oak or almond leaves. These leaves will act as shelters and produce microbes (which can be a secondary food source) once decomposition occurs.

The aquarium’s substrate can be of fine gravel or silica sand.

Provisions for hideouts using clay pots, plastic pipes, and plants that do well in brackish water can also be added. The filtration of the tank should not be too strong as they inhabit stagnant water.

It’s important to note that if you have more than a Betta mahachai in your aquarium, you’d want to decorate it in a way so that there will be plenty of hiding space and broken line of sights.

This is to minimise potential fights while providing them with a safe space to retreat.

It’s been found that brackish water is not necessary for the Betta mahachaiensis, and they can be acclimated into freshwater setups.

What can you keep with Betta Mahachaiensis?

Betta mahachaiensis is best when kept alone. However, you can keep them in pairs or a group with a large enough aquarium.

Loaches and cyprinids that live in similar water parameters are compatible, although other fishes may distract the pair during spawning.

Shrimp-wise, only the Amano shrimp is known to survive and breed in brackish waters, but there’s no guarantee that they won’t end up as food for the Betta.

Avoid bigger or stronger fishes that could potentially hurt the Betta mahachai.

Betta mahachaiensis in nature feeds on insects and tiny zooplankton. But inside the aquarium, you can feed live or frozen foods like – bloodworm or daphnia.

Bettas in the splendens group are relatively easy to train onto pellet foods and readily consume them once recognised as edible.

Both the genders of Betta mahachaiensis can be easily distinguished. The male species is almost black, wrapped in metallic green. The matured males have blue/green vertical bars on their operculum (near their gills), with a spade tail. The females are brown with some metallic green around. Both the sexes have a red tint on their fins.

Prepare a separate breeding tank if they were previously not kept in a species only aquarium.

Depending on whether you keep your pair together, there are different steps that you need to take.

Firstly, assuming you keep your pair together, there’s not much to worry about apart from their proper conditioning. Betta mahachaiensis are bubblenesters. The male builds a nest of bubbles once he is ready for breeding.

The female will develop a large belly full of eggs while your male will start displaying interest by swimming quickly, flaring its fins, and flaunting its colour.

If you keep them separate, you’ll need to induce the female to develop eggs by introducing them to each other. Firstly, keep them in individual tanks but allow them to see each other.

This triggers the female to develop eggs while gets the male ready for spawning. Continue feeding them nutritious foods to condition them.

Once the female is ripe with eggs, your male will start creating its bubble nest. At this point in time, slowly lower the water level of his aquarium, and scoop the female into a glass jar. Place the jar into his aquarium so that he can see her while building his nest.

Once you start seeing that he stops building his nest, you can release the female into his aquarium. Make sure there are lots of hiding spots for her just in case things go south.

The female will check out his nest while he will continue to display for her. If everything is right, just before spawning, the female’s body turns pale, with dark vertical bars appearing on her flanks. The male then embraces the female and wraps himself around her.

The eggs are then released, which the female catches. The male then transfers the eggs to his nest. This occurs until there are no more eggs left. After spawning, the female can remain inside the tank, or you may choose to remove her.

Depending on your water temperature, the eggs hatch within 2 days and fries finish consuming their yolk sac for the next 3-4 days before swimming around freely.

Fries will consume infusoria, which occurs naturally in an established aquarium or produced through the leaf litter’s decay. For proper growth, feed them twice a day with daphnia, baby brine shrimp, and microworms.

Do not overfeed and make large water changes. Small water changes every few days should keep the water clean.

Betta mahachaiensis grow to have slimmer and longer bodies. They usually measure around 5 – 6 cm or 2 – 2.4 inches when fully grown.

Different sources report different lifespans. Betta mahachaiensis have a lifespan of 1-2 years or 5-7 years, although I’m more inclined to believe in the former.

If we’re looking at it from a beginner’s perspective, the Betta mahachai has a spade tail, while those in the Betta splendens complex do not (unless they were hybridised). Their vertical blue/green operculum bars are also known to be an easy distinguishing factor.

Significantly less information is available on Betta mahachaiensis as they are a recent discovery. But that should not stop you from keeping them as long as you get their environment right.

In fact, because their habitats naturally have harder water, they can be considered easy to keep if you have hard tap water. You don’t have to use RO or distilled water to reduce the water hardness.

I hope this post helped share my research with you! If you have any questions or any contributions, do drop me an email!

Fur
A student who keeps wild bettas as a hobby. During my free time, I scour the internet on the different types of wild bettas and their husbandry. I'm no expert, I just share what I've learnt so that you can learn more about these fascinating fishes.

Everything you need to know about dropsy in betta fish: How to recognise, prevent, and treat this serious condition in your fish. Click here to read more.

Noticing your bettas swimming weirdly or struggling to float? It might have swim bladder disease. Here’s my guide to identifying, preventing, and treating it.